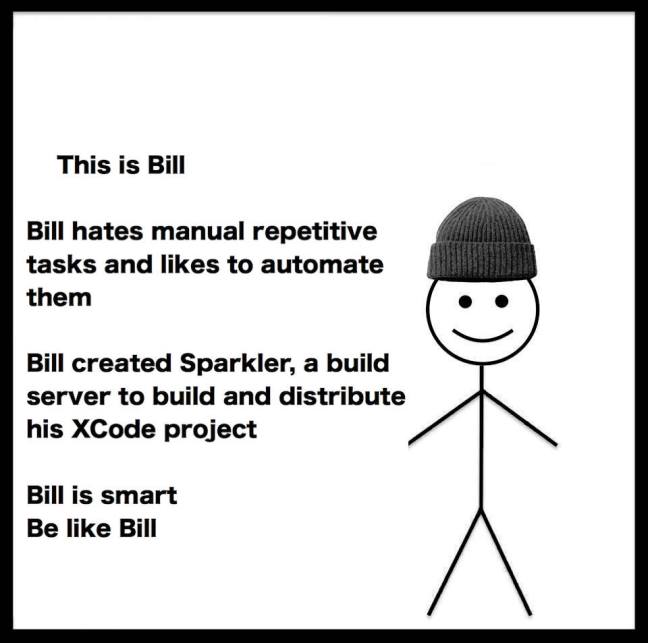 So, You just finished the new features and bug fixes and ready to release your next version of your awesome OS X app which you choose to deliver and distribute outside the Apple’s App Store. Most probably you are using Sparkle, an amazing -open source- update framework for Mac applications, this is great, but what do you do to get into the point where users check for updates and find the new version!? and how long does it take?

Sparkler is an open source NodeJS build server for XCode’s Swift or Objective-C Mac OS Projects which aims to make the process as easy as a GET request!
Sparkler Github project

First: you need to setup the client side

Second: prepare your XCode project to be built via Sparkler

Now, you have multiple distribution lines to deliver your application versions, there is a versions feed url for every branch of your project. For project ‘Sample’ on branch ‘dev’

the build URL for ‘dev’ branch is:

there are optional versioning parameters for build action (major=true, minor=true or batch=true) that will affect the released version

Sparkler still in it’s early stages, check every now and then for more features